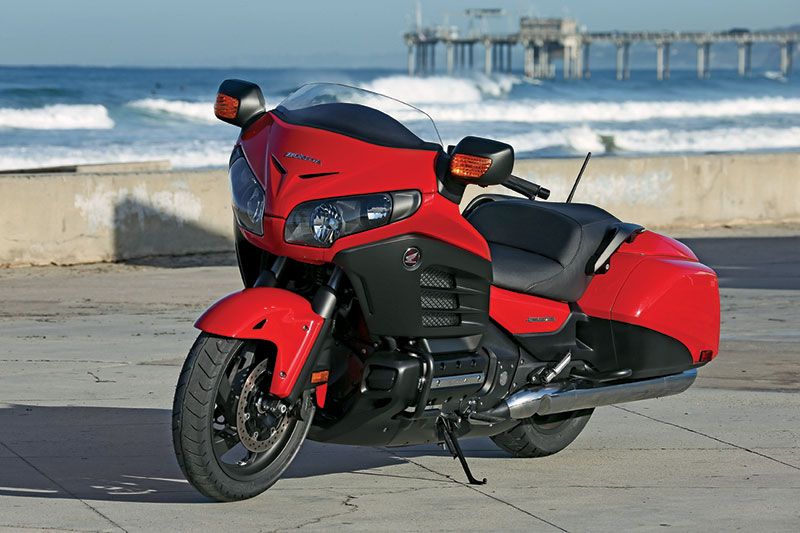 2013 Honda F6B: This was the first year of Rider’s People’s Choice Motorcycle of the Year, and the top three vote-getters were the Honda F6B bagger, Honda CB1100 standard and BMW R 1200 GS adventure tourer. Readers loved the Honda Gold Wing GL1800-based F6B—with the trunk removed, a shorty windscreen and other bagger features—for its looks, power, handling and bulletproof reliability, though some scoffed that it lacked beloved GL1800 features like reverse and cruise control. Here’s how Editor-in-Chief Mark Tuttle concluded his May 2013 road test of the F6B: “In repurposing the Gold Wing for the touring cruiser crowd once again, this time without the Valkyrie moniker but perhaps even more successfully, Honda has built a performance machine that may just give the GL a whole new audience. In red or black, it’s a big, bad bagger, but it’s not your Grandpa’s bagger. Or Gold Wing.” (Rider, May and September 2013; photo by Kevin Wing)