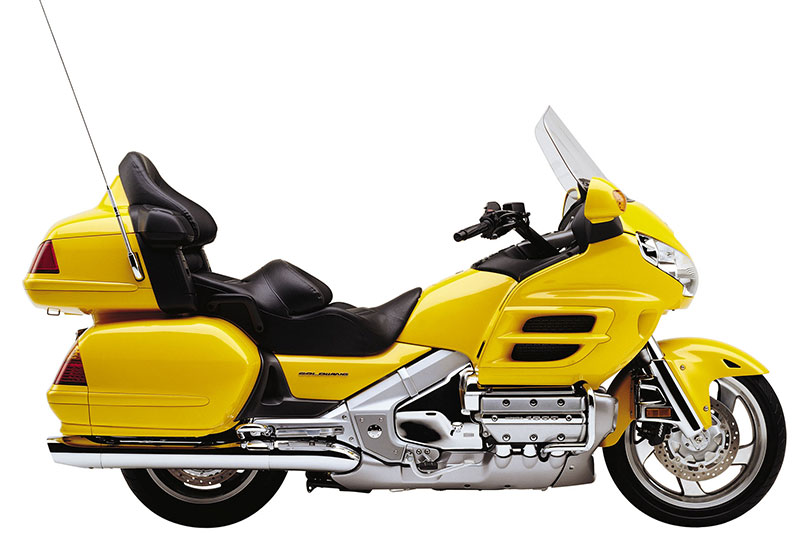 2001 Honda GL1800 Gold Wing: “Well, you saw this one coming, right? As you should—it isn’t every year that a motorcycle manufacturer redefines the luxury-touring bike for the second time. Not only is the Gold Wing GL1800 more powerful than the previous but equally competent GL1500 (not to mention the competition), it handles like a big sport-touring bike, and has pop-your-eyeballs-out brakes to match. And though it’s down on wind protection and luggage capacity, we think Honda still hit the bull’s-eye with the GL1800’s sportier design—those who want the cushier largesse of the GL1500…probably already own one.” (Rider, June 2001; photo courtesy Honda)